Therify hopes to build a more diverse and inclusive therapist network with $1.3M seed round

Finding the right therapist is never an easy task, but it gets even harder when, as a person of color or someone with disabilities, there are few or no people sharing your experience available. Therify hopes to change that with a network of providers from and catering to marginalized populations.

“It just makes a ton of sense,” co-founder James Edward Murray told me. I felt the same way after seeing Murray pitch his company during Y Combinator’s Summer 2021 demo day. The problem is super simple: Not everyone can find therapists they feel comfortable with, since the process of finding one isn’t particularly convenient to begin with, and when you add in some important personal preferences, it can be nigh impossible.

Murray, who is Black, said his instinct in looking for a therapist was to find a Black woman, like those who raised him and with whom he feels comfortable and vulnerable. But after accounting for other factors, like timing, availability and therapeutic approach, he ended up with only a handful of options. It didn’t feel right to him that there should be so few people that shared his background available to him through the system he was working in.

“I talked with other people, co-workers of color, co-workers with disabilities … it became clear that there was a gap here,” he said — and he immediately got to work on filling it. “I didn’t originally want to start a business — I just had a Google form and was matching people, over a hundred, with culturally sensitive therapists. My company came to me and said, hey, can we build this into our benefits?

Murray teamed up with CTO Warren Sadler, who worked in machine learning in the health sector, after “begging” him to start the company together.

Therify essentially aggregates the supply of providers, usually those with large group practices and who belong to or specialize in working with people who might find it hard to find a therapist like themselves.

“So someone can log into Therify and say they focus on anxiety and CBT in LA and are South Asian and understand the South Asian family experience,” he explained. “They understand your identity and particular experience — without that piece, it’s incomplete.” 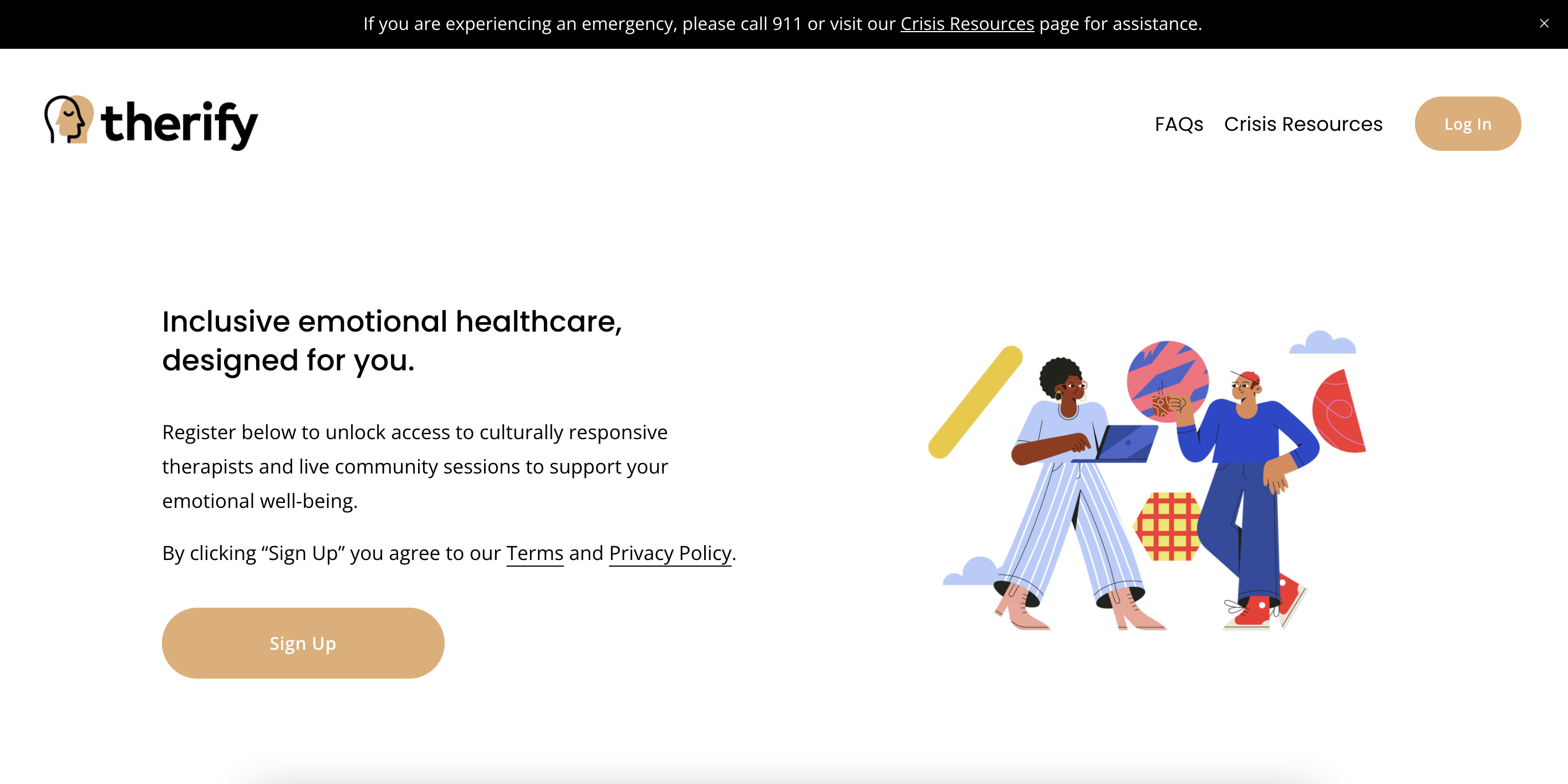 Therify works with employee-provided benefits as a layer in between the users or members and covered providers, connecting people with specific needs or wants to therapists who can provide that. They also cover the first few sessions to ease the process of matching and provide additional group formats to overcome obstacles felt particularly by some groups.

“Therapy is stigmatized in some communities,” Murray pointed out. “A group-oriented format you can join anonymously, focused on overcoming imposter syndrome at work or dealing with race-related trauma … it works in favor of people with marginalized communities who are super impacted by that stigma. It provides an alternative to actually going into a room for a one on one.” 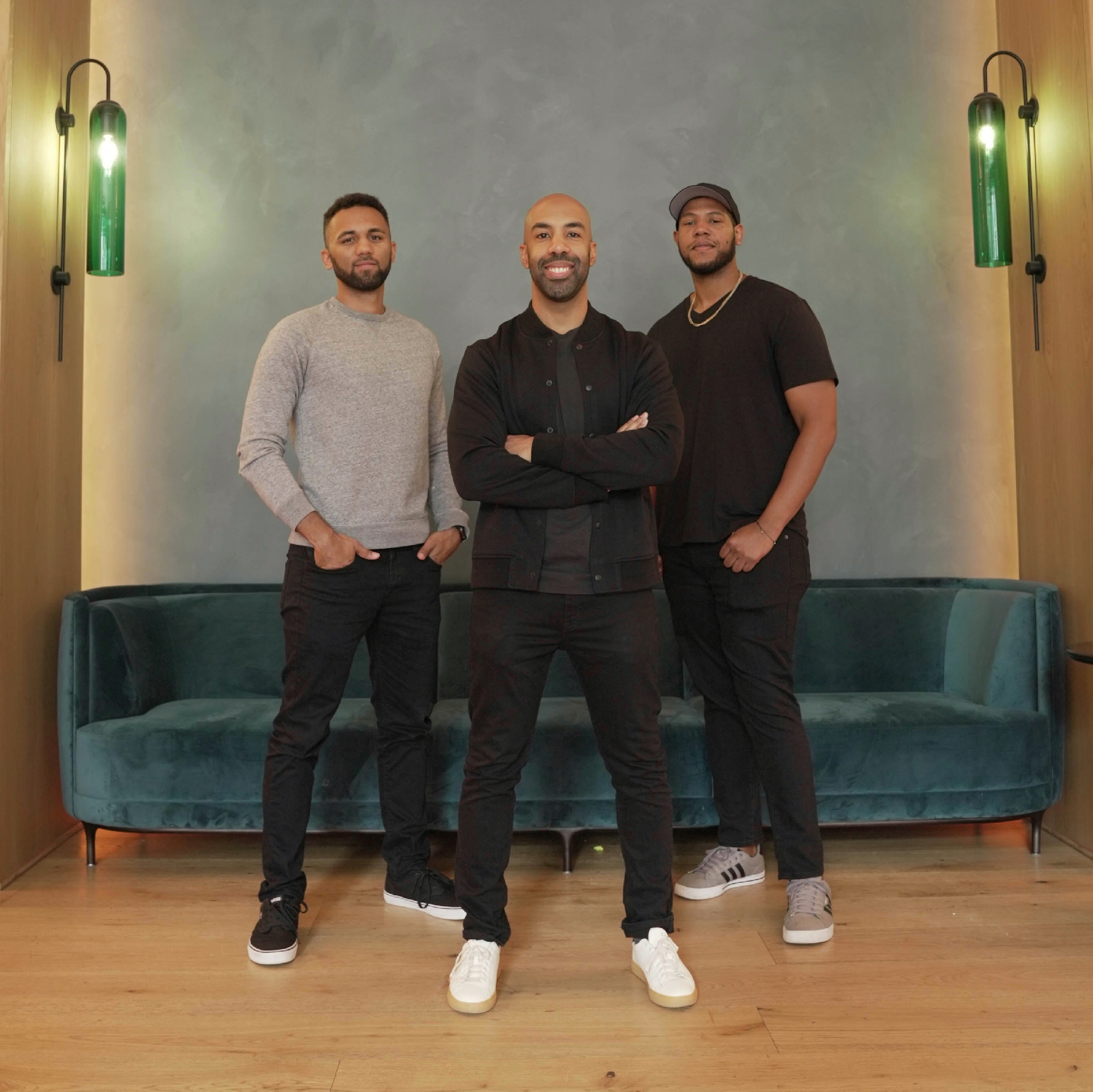 Therify signed up hundreds of providers in the first six months, partly due to the company’s modern payment stack — therapists and other providers often have to wait weeks or months for payments, and as Murray pointed out many in marginalized communities work on a sliding scale as well, but Therify guarantees market rate and direct deposit.

Of course the huge digital shift in the therapy industry has helped make this possible. But companies are also realizing that this kind of benefit is an important aspect of diversity, equity, and inclusion efforts, which helps with buy-in.

“Mental health is a DEI problem: Employees from underrepresented backgrounds are more likely to leave their jobs, to report mental health symptoms, to report work-related mental health issues. It’s a leaky bucket,” Murray explained. “Companies are putting all this effort into DEI but not building the infrastructure needed not just to attract but to keep a diverse group of employees. I experienced this myself at Facebook, and I’m not the only one.”

Murray said the money will power the buildout of Therify’s provider network and sales channels. In addition, the 18-month plan involves moving into Canada, Europe and Southeast Asia. That naturally involves a lot of legal and compliance work, but fortunately the product itself will translate fairly easily. Video call therapy has gone from niche to default and systems to support it are widely available — good news for a company hoping to scale globally.

As the company grows and serves more populations the hope is it will also serve those populations better. The more providers and customers join the system, the more easily and accurately it can match them together. Everybody should be able to get the kind of mental health treatment they deserve, and this is a step in the right direction to make sure that’s not just possible but easy and simple for all involved.