South Korea-based peer-to-peer (P2P) lending platform PeopleFund announced today it has closed a $63.4 million (75.9 billion won) Series C round led by Bain Capital with participation from Goldman Sachs. Returning investors in the round include CLSA Lending Ark Asia and 500 Global.

The latest funding brings the total raised by PeopleFund to about $83.6 million (100 billion won) since it was founded in 2015.

The Series C will support hiring AI engineers and secure alternative data to advance its credit-scoring algorithm further. PeopleFund also will beef up its machine learning-powered credit scoring system, which is one of its key differentiators, that provides a quantitative scoring model (for credit valuation), a qualitative scoring model and a demand forecasting model (for near-primer borrowers).

“For the past six years, we have been focusing on proving the performance of our data-driven risk management technology, which is the essence of consumer lending,” Kim said. “Our mission is to grow into the No. 1 player in the Korean non-bank lending market to provide better loan options for average Koreans that the banks underserve.”

In early June, only three Korean P2P lenders out of 41 applicants were granted licenses from the FSC to operate the business legally: PeopleFund, Lendit and 8 Percent. The FSC said it will continue to review other applicants.

South Korea has passed the first law in the world dedicated to digital lending, “The Marketplace Lending Act,” in August 2020 to regulate marketplace lenders, protecting P2P consumers. The new law enables the licensed P2P lending startup to operate as an authorized financial institution to lend, raise capital from international and domestic institutions, and provide loan referral services to its customers. 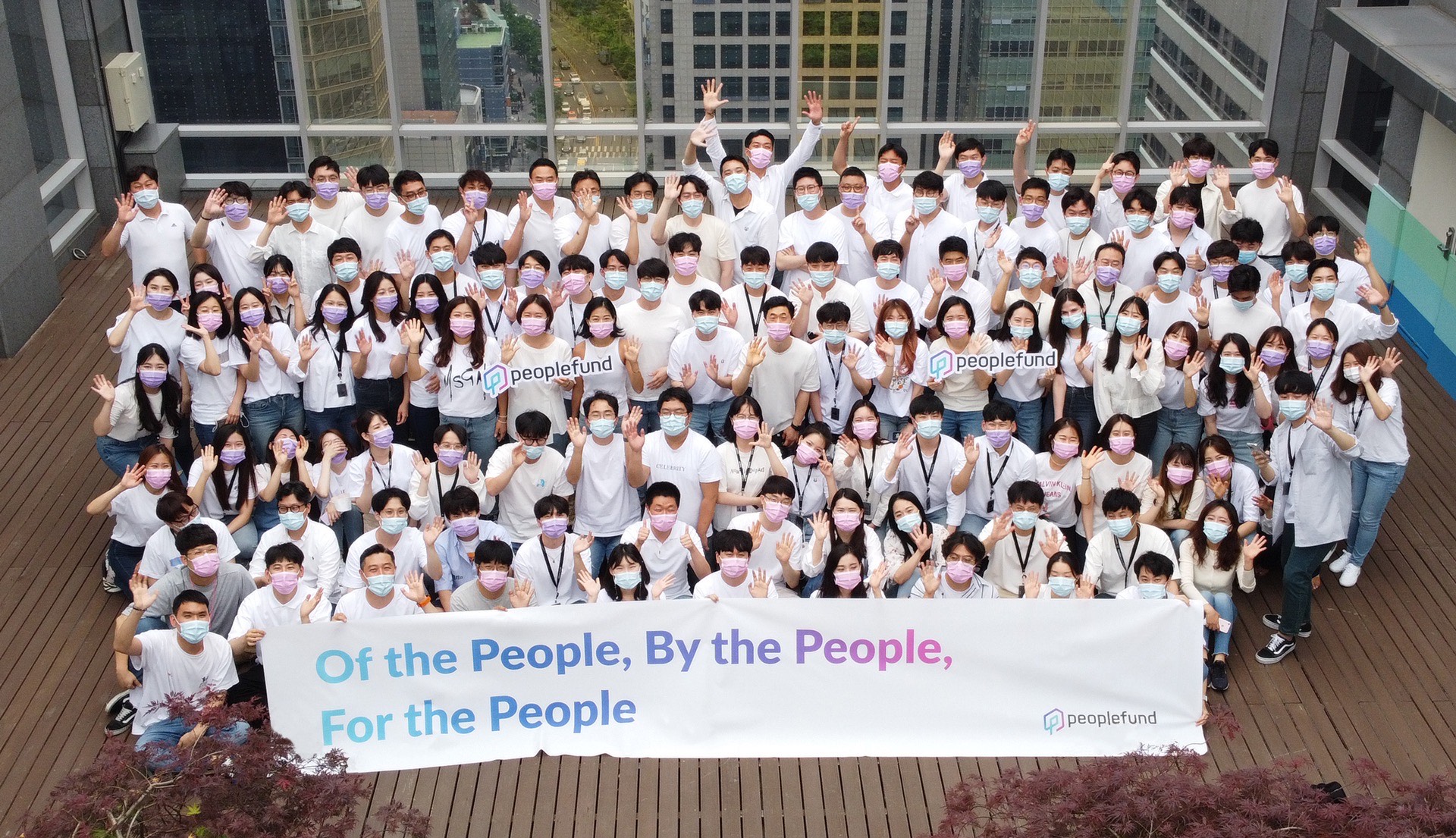 PeopleFund, which connects borrowers with lenders to enable lending, provides loans at an average interest rate of 11.25% per annum, about 3% to 4% lower than other non-bank lenders. Near-prime borrowers are not qualified for bank loans thus have no choice but to resort to non-bank lenders like credit card loans (or saving banks), Kim said.

What sets PeopleFund apart from other competitors is the lowest delinquency rate in the industry, being managed by its own alternative credit scoring system, and having strong risk management capabilities, Kim said. PeopleFund claims it has managed over $1 billion in loans as of October 2021, with a delinquency rate of 2.06%.

Another differentiator is its credit scoring system optimized for mid-interest loans based on about 480,000 loan customers registered on its platform. PeopleFund built a credit scoring system (CSS) 4.0 for near-prime borrowers to provide more affordable mid-rate loans to borrowers, who use the funds to refinance existing loans taken from other second-tier lenders. The refinancing loans account for 66% of its total loans, he added.

Kim said that its clients include near-prime borrowers and individuals and institutional investors who expect 7%-9% the ROI per annum (before tax). Its lenders are mostly retail customers the company has through its partnership with Kakao Pay.

“For individual and institutional lenders, we offer diversified lending opportunities at an average annual return rate of 6% to 9%. For the borrowers and the lenders, [our] AI-based data-driven underwriting process has been the core of its competitive advantage, which has been outperforming other non-bank players by a 3% to 5% gap in loss rate,” Kim said.

PeopleFund targets the traditional personal credit loans market in South Korea, which is estimated at around $67 billion, according to the company.

The company, which accounted for about 57% of market share in the personal loan of the P2P lending market as of October, expects to generate profit in 2022, Kim said.

“While leading online lenders in the U.S. have grown to be worth billions out of lending platforms such as Upstart and SoFi, Korea’s online lending is only just beginning, said Tim Chae, managing partner of 500 Global that participated in all fundraising since the seed round. “We strongly believe that PeopleFund will grow to become a clear winner with its proven track record, accelerating tech-driven innovations in the non-bank lending sector in Korea.”