There are a growing number of companies interested in CRISPR’s potential to upend medicine. It’s probably safe to say there’s only one company interested in using the gene-editing system to create a living, breathing woolly mammoth. Or, at least, something pretty close to it.

That’s the primary mission of a new company called Colossal. Co-founded by maverick geneticist George Church and entrepreneur Ben Lamm, the former CEO of Hypergiant, the company aims to bring one of those creatures back to life using CRISPR to edit the genomes of existing Asian elephants. In that sense the creature would be very similar to a woolly mammoth, but would be more like an elephant-mammoth hybrid.

It’s a project that Church’s lab has been invested in for years. But now, Church and Lamm have managed to sell investors on the idea that bringing back a mammoth is more than a science-fiction project.

“These two are a powerhouse team who have the ability to completely shift our understanding of modern genetics while developing innovative technologies that not only help bring back lost species, but advance the entire industry,” Robbins tells TechCrunch. “I am proud to be an investor in their journey.”

Lamm comes to Colossal as the founder of Hypergiant, a Texas-based AI company. He has also built and sold three other companies: Conversable (acquired by LivePerson), Chaotic Moon Studios (acquired by Accenture) and Team Chaos (acquired by Zynga).

And big, provocative, projects are part of what Church is already famous for.

Church created the first direct genomic sequencing method in the 1980s, and went on to help initiate the Human genome project. Now, he leads synthetic biological efforts at the Wyss Institute, where he has focused on synthesizing entire genes and genomes.

While CRISPR gene editing has only just entered human trials, and typically aims to edit a single disease-causing gene, Church’s projects often think far bigger — often along the lines of speeding along evolution. In 2015, Church and colleagues edited 62 genes in pig embryos (a record at the time) in an effort to create organs for human transplants.

The company spun out of that endeavor, eGenesis, is behind on Church’s initial timeline (he predicted pig organs would be viable transplants by 2019), but the company is performing preclinical experiments on monkeys.

Resurrecting a woolly mammoth has long been in Church’s crosshairs. In 2017, his lab at Harvard University reported that they had managed to add 45 genes to the genome of an Asian elephant in an attempt to recreate the mammoth. Through a sponsored research agreement, this company will fully support the mammoth work at Church’s lab.

The company’s pitch for bringing back the Mammoth, per the press release, is to combat the effects of climate change through ecosystem restoration. Lamm expands on that point:

“Our goal is not to just bring back the Mammoth, that’s a feat in itself,” he says. “It’s for the successful re-wilding of mammoths. If you take that toolkit, you have all the tools are your disposal to prevent extinction or to bring back critically endangered species.”

About 1 million plant and animal species are threatened with extinction. Colossal’s mammoth project, should it succeed, would suggest they have developed the capacity to both repopulate recently dead creatures, and even perform what Lamm calls “genetic rescue” to stop them from disappearing in the first place.

Genetic rescue is the process of increasing genetic diversity in an endangered population — this could be achieved through gene-editing, or in some cases, cloning new individuals to create a wider gene pool (provided the clone and the existing animals have different enough genes). There is already some evidence that this is possible. In February 2021, a black-footed ferret named Elizabeth Ann became the first cloned endangered species native to North America. She was cloned from the DNA housed in frozen tissue samples collected in 1988. 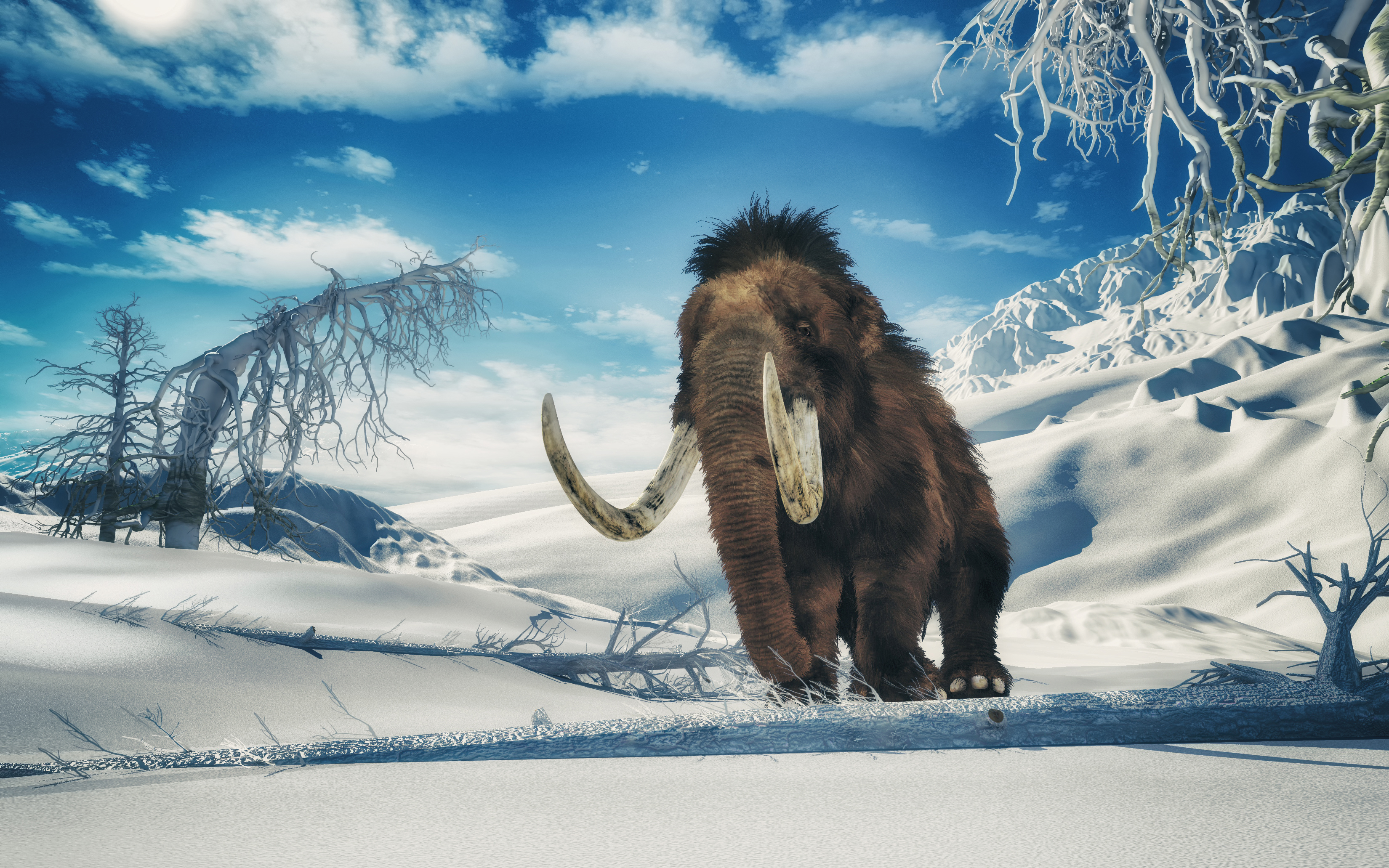 Mammoth in the middle of mountains. This is a 3D render illustration. Image Credits: Orla / Getty Images

Bringing back extinct species might help combat a consequence of climate change, but it doesn’t solve the root problem. As long as the human-based drivers of climate change remain in-tact, there’s not much hope for a newly reborn creature that was killed by climate change the first time; in fact, fluctuating climates were one reason megafauna died off in the first place.

And, there could be serious ecosystem ramifications from re-wilding long-dead species, like spreading novel disease, displacing existing species and altering the actual landscape (elephants are ecosystem engineers, after all).

If tackling biodiversity is part of Colossal’s core pitch, why go directly for the mammoth when there are species that might be saved right now? Lamm notes that the company may also try to edit the genomes of Asian elephants to make them more resilient; however, the mammoth project remains the company’s “north star.”

The argument, from Lamm’s perspective, is that the mammoth project is a moonshot. Even if the company shoots for the moon and lands among the stars, they will have to develop proprietary technology for de-extinction that might then be licensed or sold to potential buyers.

“It’s very similar to the Apollo program — which was a literal moonshot. A bunch of technologies were created along the way. Things like GPS, the fundamentals of the internet and semiconductors. All those were highly monetizable,” he says.

In short, the mammoth project is more like an incubator for developing a host of intellectual property. That might include projects like artificial wombs or other applications of CRISPR, Lamm notes. These products will still face massive scientific hurdles — existing artificial womb projects aren’t even near entering human trials — but those hurdles might be slightly more achievable than living, breathing beings.

Not that Colossal doesn’t have plenty of interim plans while that research is being done. The company is also out to create an especially memorable brand along the way. Lamm says you could think of the brand as “Harvard meets MTV.”

Though there’s no company that Lamm says is a direct comparison to Colossal, he mentioned several large space brands and agencies, like Blue Origin, SpaceX and notably NASA in our conversation — “I think that NASA is the best brand the United States ever made,” he notes.

“If you look at SpaceX and Blue Origin and Virgin, my 91-year-old grandmother knew these guys went to space. ULA and other people have been launching rockets and putting satellites up there for decades — nobody cared. These companies did a great job of bringing the public in,” he says.

It’s all a bit reminiscent of Elon Musk’s plan for sending humans to Mars, although Starship (the vehicle that’s supposed to get us there) hasn’t moved beyond prototype test flights.

The big ideas, says Lamm, draw in the public. The intellectual property developed along the way can pacify investors in the meantime. The perspective is inescapably sci-fi, but perhaps it’s supposed to be that way.

And that’s not to say that the company isn’t absolutely dead-set on bringing a mammoth to life. This capital, says Lamm, should be sufficient to help develop a viable mammoth embryo. They’re aiming to have the first set of calves born in the next four to six years.