Former head of Mint raises $4.5M for Lean to give gig workers access to financial products

Gig and independent workers have different needs than salaried employees when it comes to financial products.

It’s a challenge that Tilak Joshi, founder of Lean, became acutely aware of during his tenure as head of Mint and years as a product exec at American Express and PayPal.

While the U.S. has seen a major shift in more independent workers in recent years, traditional financial institutions have “failed to keep up,” in his view.

“Seventy percent of independent workers live paycheck to paycheck and 30% are inadequately insured,” he said. “Independent workers will soon become the majority of the U.S. workforce, and the existing conversation, platforms and institutions need to rapidly evolve to support them.”

Upon leaving Mint in 2020, Joshi teamed up with Eden Kfir and Ramki Venkatachalam to start Lean in an effort to support gig workers with a platform that offers access to financial products that he says are “custom built” for their needs. And today, the startup is announcing it has raised $4.5 million in a seed round led by Inspired Capital that included participation from Atelier Ventures, Oceans Ventures and Acequia Capital.

“Independent workers see some of the most restrictive financial scenarios of anywhere in the U.S.,” Joshi told TechCrunch. “What workers do to patch up their financial problems is work across various gig marketplaces and when marketplaces try to keep them and pay them incentives, they just figure out how to game the system. It just turns into inefficiency on both sides where marketplaces don’t really have the stability of having a strong workforce they can rely on and workers are also just in a tight spot.” 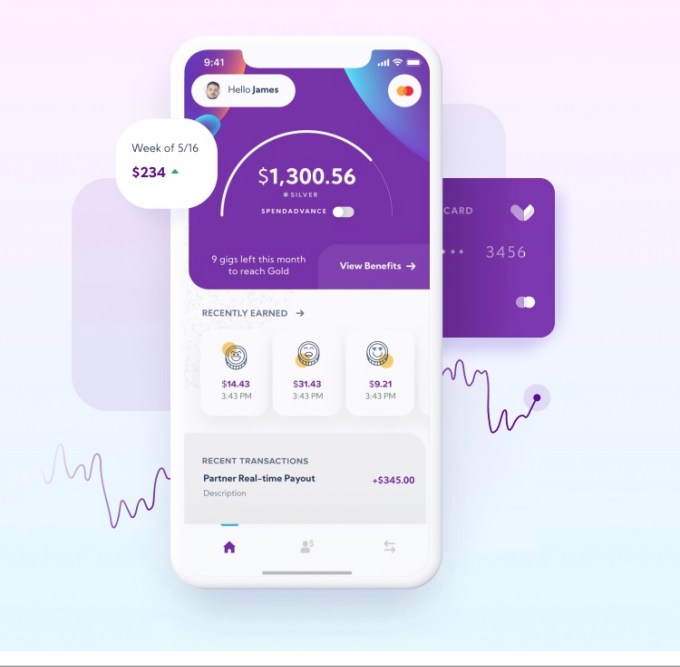 Lean works with marketplaces of all sizes that employ either 1099 or W2 workers that work in industries such as ride-hailing, courier, healthcare and construction. Joshi said that in addition to boosting worker acquisition and retention, Lean has the potential to “unlock” revenue for marketplaces via financial products and infrastructure rather than through fees to workers.

Its platform, Joshi said, is designed to be integrated with any marketplace in less than two weeks. Through its marketplace partnerships, Lean expects to be rolling out to “hundreds of thousands” of gig workers across the country over the coming months, according to Joshi.

There’s no cost for marketplaces and no cost for workers. Lean expects to earn revenue through the fees associated with the movement of money via its platform, Joshi said. So far, the startup has inked deals with half a dozen marketplaces, and has another half a dozen in the works.

The company plans to use its new capital to expand its offering and continue to scale across marketplaces.

Mark Batsiyan, partner at Inspired Capital, says he was attracted to Lean because of the team, market timing and approach.

“There are huge market tailwinds to better serving gig workers, and marketplaces are increasingly searching for better ways to attract and retain their workers,” he wrote via email. “Also, Tilak [Joshi] came to a similar conclusion to us at Inspired: that marketplaces would not build these solutions themselves. They need an intermediary — like Lean — to make financial benefits a turnkey solution.”

“As a platform, Lean can then leverage its partnerships to achieve much more efficient distribution to the end workers,” he said.

How much product room will fintech giants leave for startups?