Can reading glasses actually be cool? A new eyewear company called Cheeterz Club thinks so. The startup is working to change the perception of reading glasses from being just cheap, disposable items you pick up from a rotating display rack at your local drug store to being something you’d actually be proud to wear. To do so, the company is designing its glasses with quality lenses and frames in a range of styles, while still keeping the pricing affordable.

The startup — whose name is a reference to the slang term for glasses, “cheaters” — was founded by Jennifer Farrelly, whose background includes work in advertising and sales at companies like Uber and Virool.

She said the idea to make a better set of readers came to her because she found herself frustrated by the current options on the market.

“It all started a few years ago. My friends were posting on social media these really depressing comments and posts like: ‘I’m old and turning into my parents, this is awful.’ And I [thought to myself] why does it have to be like that? I feel just as young today as I did 10 years ago,” Farrelly explains. “Why are my friends and I feeling forced to feel old because of something that happens overnight?,” she says, of what felt like the sudden onset of middle age and the hardships it brings.

What’s worse, Farrelly says, is that when you finally make your way to the drugstore to pick out some reading glasses, all you’ll find are bad, plastic pairs that both look and feel cheap.

“That’s even more demoralizing,” she adds. 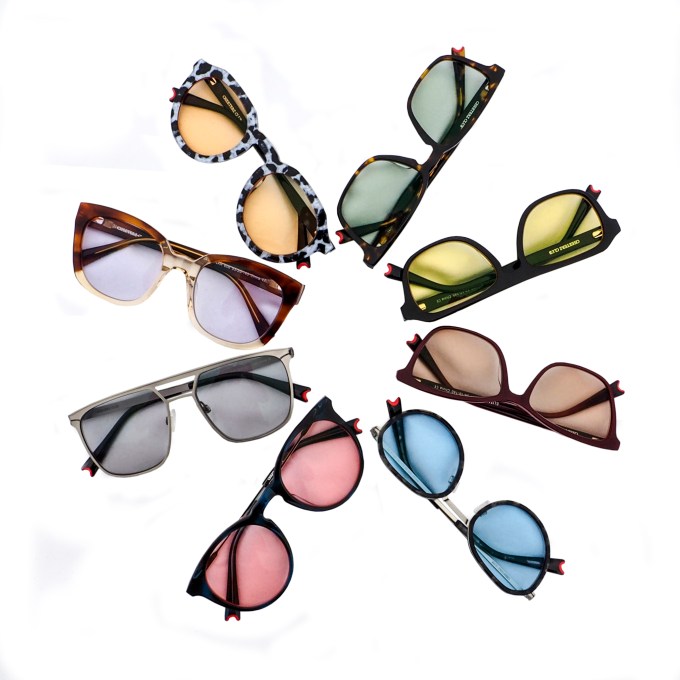 So Farrelly teamed up with a former Warby Parker and Pair Eyewear head of Product, Lee Zaro, to design a new line of more fashion-forward eyewear.

Zaro, who is based in the LA area, immediately saw the opportunity.

“Drugstore reading glasses are typically poor in quality, and can feel like they are designed with our parents in mind, leaving a huge unmet need for sophisticated eyewear options,” he said. “When Jennifer approached me to help design her first line of eyewear, I knew it was a brilliant idea.”

To differentiate itself from lower-end readers, Cheeterz Club glasses are made with 100% acetate and feature spring hinges and stainless steel. The lenses, meanwhile, offer more clarity than is often found in reading glasses. 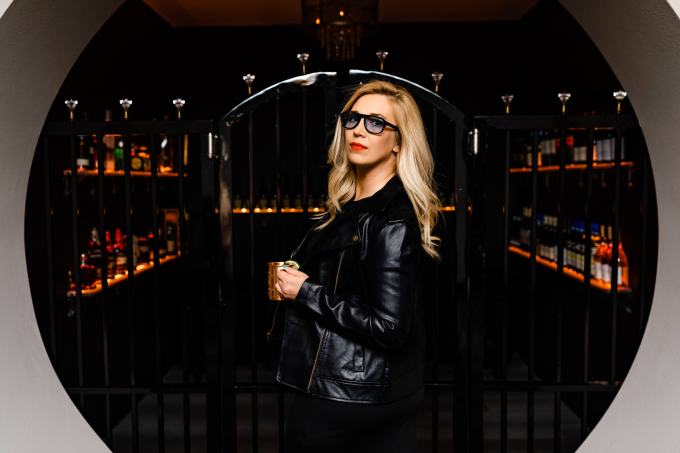 Typically, ophthalmic plastic lens materials have an Abbe value — a measure of the degree at which light is dispersed or separated — between 30 and 58. The higher number offers better optical performance. Crown glass can have an Abbe value as high as 59, but polycarbonate readers (like those from Warby Parker, Farrelly notes) would have an Abbe value of 30. Cheeterz Club lenses, which are CR-39 lenses, are at at 58. This is a difference you can tell when trying the glasses on alongside your drugstore readers.

Cheeterz’ lenses also offer 100% UVA/UVB protection, and are oil and water repellent. They can optionally be bought in one of eight fashion tints, from pink to blue, or in two sun shades. Consumers can also opt to add Blue Light coating to help with screen-induced eye fatigue or they can choose Progressive lenses, which combine distance vision with a reading lens.

At launch, Cheeterz Club offers 42 different styles ranging from traditional to the more modern, starting at $28.99.

Farrelly says finding the right price was key, because unlike regular glasses, consumers often buy multiple pairs of readers to leave around the house or car, pack in purses and bags, and so on.

“If I break something that costs me a couple hundred dollars, I’d be really upset about it,” she says. “But at a drugstore price of under $30, I can have them in all sorts of colors and different tints.”

For Farrelly, making the startup a success goes beyond bringing higher-quality reading glasses to market. It’s also about serving a demographic that often gets overlooked.

“Founders in their forties do not get representation, and it’s unfortunate. And there are also people in their forties and fifties that have disposable income and are looking for cute things. They’re spending so much money on facial creams and Botox,” she says, “but then you’re forced to put this really ugly pair of glasses on your face that make you feel bad about yourself.”

While Cheeterz Club today is selling direct to the consumer, the company is talking to eye doctors, boutiques and others who may eventually resell for them, as more of a B2B model. It’s also testing selling on Amazon with one pair of Blue Light glasses.

Update, 8/31/21, 5:30 PM ET: Cheeterz Club incorrectly shared the number of frames available at launch. An earlier version of this article said it was 14, it’s actually 42, they said. We’ve updated with the new information.