A newly launched Mac app called Superpowered aims to make it easier to stay on top of all your Zoom calls and Google Meets, without having to scramble to find the meeting link in your inbox or calendar app at the last minute. Instead of relying on calendar reminders, Superpowered offers a notification inbox for the Mac menu bar that alerts you to online meetings just before they start, which you can then join with a click of a button.

To use Superpowered, you first download the app then authorize it to access to your Google Calendar. The app currently works with any Google account, including G Suite, as well as your subscribed calendars.

Once connected, Superpowered pulls all your events into the menu bar, which you can view at any time throughout the day with a click or by using the keyboard shortcut Command+Y.

When you have a meeting coming up, Superpowered will display a drop-down notification to alert you, or you can opt for a more subtle halo effect instead to have it get your attention. You can also configure other preferences — like whether you want a chime to sound, how far in advance you want to be alerted, whether you want a meeting reminder as text to appear in the menu bar ahead of the meeting and so on.

When it’s time for the meeting, all you have to do is click the button it displays to join your Zoom call or Google Meet. The solution is simple, but effective. The startup plans to add support for more integrations going forward, including Microsoft Teams, Cisco WebEx and others.

The idea for the app comes from four computer science and software engineering students from the University of Waterloo, who previously interned at tech companies like Google, Facebook, Asana and Spotify. 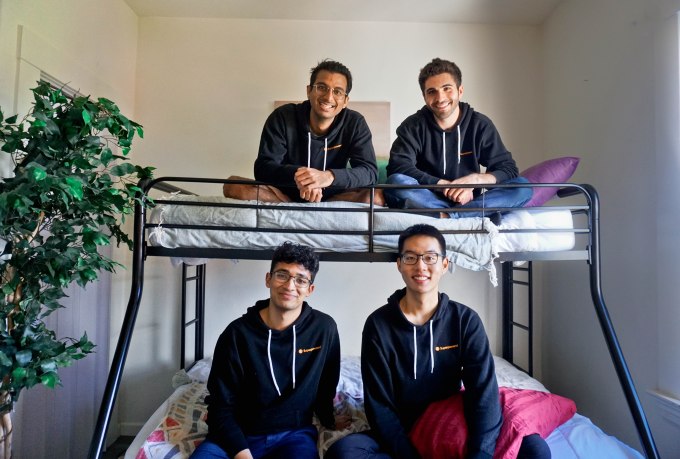 Wanting to build a startup of their own, the team applied to the accelerator Y Combinator with an idea to build a lecture platform for professors. But they soon faced issues in keeping up with their own calendar appointments as they began to conduct user research interviews.

“We were struggling to keep up with each other’s calendars and balance all these meetings throughout the day,” explains Superpowered co-founder Jordan Dearsley, who built the service alongside teammates Nikhil Gupta, Ibrahim Irfan and Nick Yang. “We would be at lunch and be like, ‘Oh shoot, we have a meeting now — I have to run!’ or just completely miss it altogether,” he says.

Irfan had the idea to just put a button in the Mac menu bar to make it easier to join Zoom meetings and soon the team pivoted to work on Superpowered instead.

The product itself is very new. Development work began roughly two months ago and Superpowered opened up to users just last month — a quick pace that Dearsley says was possible because three of the four team members are engineers, and the other, Yang, is the designer. 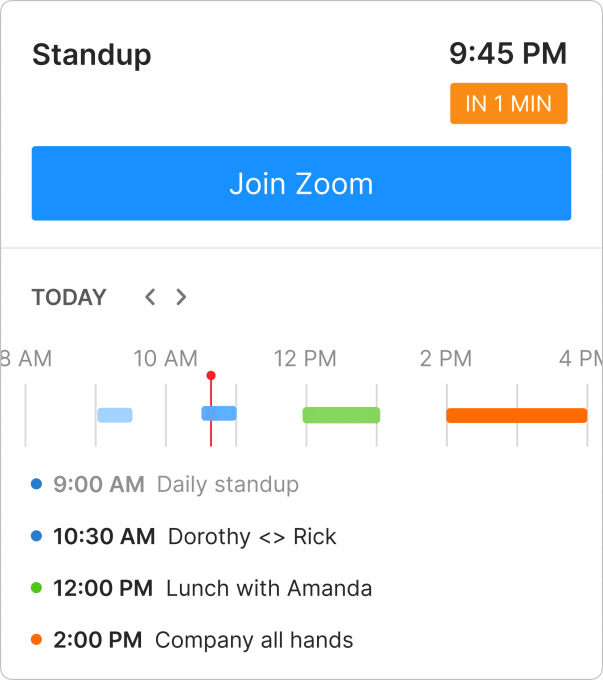 Although it’s a paid product offered at $10 per month, Superpowered already has hundreds of users who are interacting with the app, on average, 10 times per day. Busier users, like product managers, are clicking on Superpowered as many as 20 to 40 times per day — an indication that it’s found a place in users’ workflows. In the month since its launch, the app has connected users with over 10,000 online meetings, the company says.

Superpowered is not the first to add calendar appointments to the Mac’s menu bar. It competes with a range of products, like MeetingBar, Meeter, Next Meeting and others. But users have been responding to Superpowered’s sleek, clean design.

The company also has a vision for the product’s future that extends beyond meetings. After solving this particular pain point, Superpowered plans to broaden its scope to fix other annoyances for knowledge workers — like Slack notifications, for example.

“It’s really annoying to be pinged all the time while I’m coding … and I don’t know if it’s something that’s worth seeing because Slack doesn’t really give me those controls or ability to peek,” explains Dearsley. Meanwhile, Mac’s built-in Notification Center isn’t smart enough to show you just those items that you really need to know about.

To address this, the team is now working on a Slack integration that will let you quickly check your messages and reply without having to launch the Slack app. Further down the road, the team wants to integrate support for other platforms — like Google Docs, JIRA and GitHub — which would all be pulled into Superpowered’s universal notification inbox.

For the time being, Superpowered is $10 per month for Mac users or $8 per month for those who sign up with a team. Annual pricing is not yet available.