Rivian raises $2.65B as it pushes toward production of its electric pickup

Rivian has raised $2.65 billion as it prepares to begin production this summer of its all-electric pickup truck.

The round, which was led by funds and accounts advised by T. Rowe Price Associates Inc., also included Fidelity Management and Research Company, Amazon’s Climate Pledge Fund, Coatue and D1 Capital Partners as well as several other existing and new investors.

Rivian is now valued at $27.6 billion, according to a person familiar with the investment round.

The capital comes at a critical time for Rivian, which is undertaking the design, development, production and delivery of two consumer vehicles (the R1T pickup truck and the R1S SUV), and building out of its electric vehicle charging network as well as fulfilling an order for 100,000 commercial delivery vans for Amazon.

“The support and confidence of our investors enables us to remain focused on these launches while simultaneously scaling our business for our next stage of growth,” Rivian founder and CEO RJ Scaringe said in a statement.

This latest round follows two years of heavy investment activity that began in earnest after the company unveiled its electric SUV and pickup truck at the 2018 LA Auto Show.

Just months after that reveal, Rivian announced a $700 million funding round led by Amazon. More deals and investments would follow, including a $500 million investment from Ford — along with a promise to collaborate on a future EV program — and a $350 million investment by Cox Automotive in September 2019. The company closed the year with an announcement that it had raised a $1.3 billion round led by funds and accounts advised by T. Rowe Price Associates, Inc. with additional participation from Amazon, Ford Motor Company and funds managed by BlackRock.

The stream of capital didn’t stop in 2020. Rivian announced in July it had raised $2.5 billion in a round led by funds and accounts advised by T. Rowe Price Associates Inc. New investors Soros Fund Management LLC, Coatue, Fidelity Management and Research Company and Baron Capital Group along with existing shareholders Amazon and BlackRock joined the round. 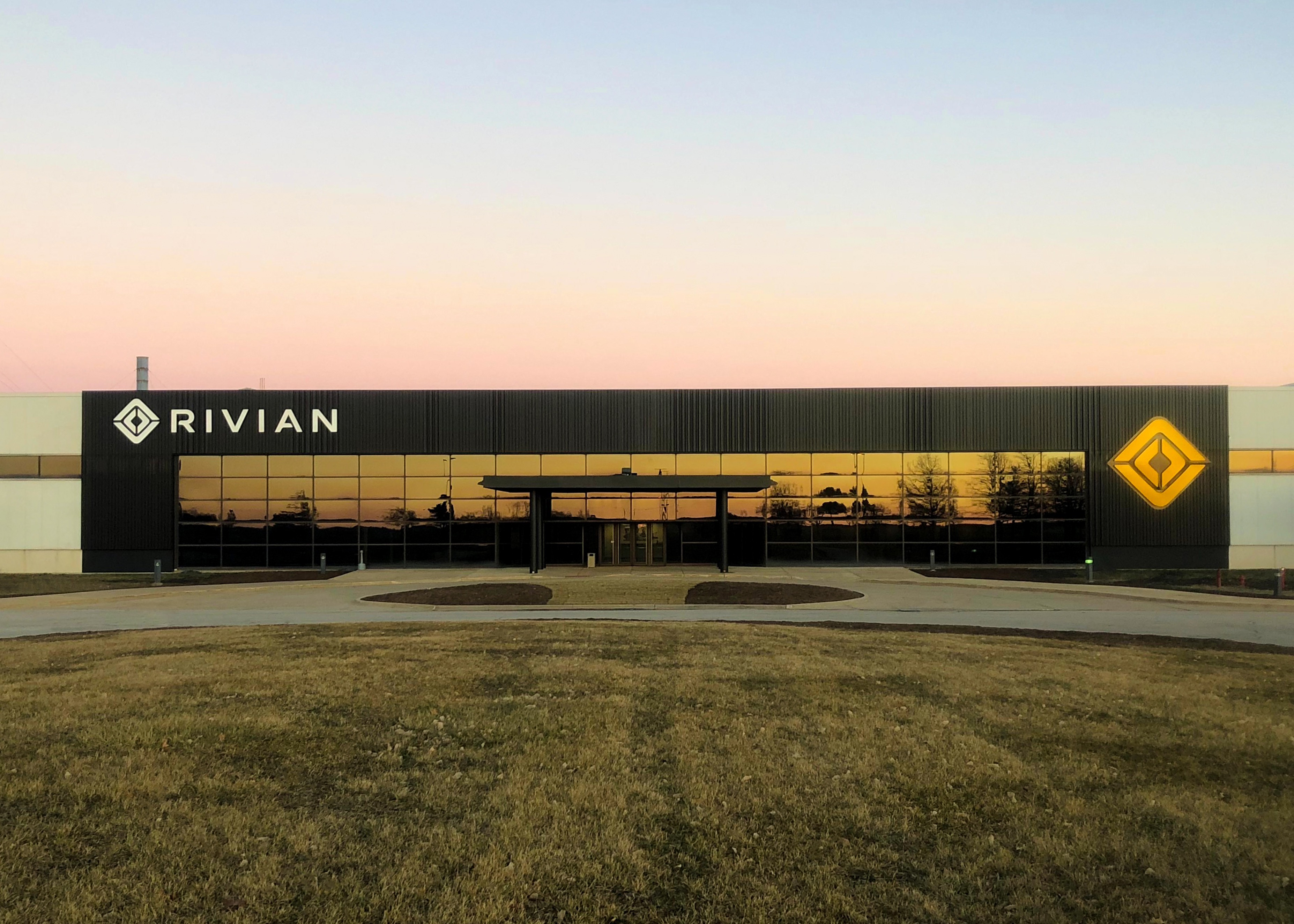 Rivian hasn’t held back on spending that capital. The company has put more than $1 billion into its factory in Normal, Illinois. The factory, which once produced the Mitsubishi Eclipse through a joint venture between Mitsubishi and Chrysler Corporation, has been completely updated and expanded.

The overhaul of the 3.5 million-square-foot factory is on schedule, but not yet complete, according to the company. A pilot line is operational and is producing validation prototypes of its R1T pickup truck daily.

Rivian also plans to produce the delivery vans for Amazon at the factory. The first van deliveries will be made to Amazon in late 2021.

Rivian is building its own EV charging network, but with an adventurous twist